NEW YORK — Robert Pattinson — that A-list international heartthrob — may owe a little thanks to rising star Tom Riley.
Apr 9, 2021 9:38 AM By: The Canadian Press 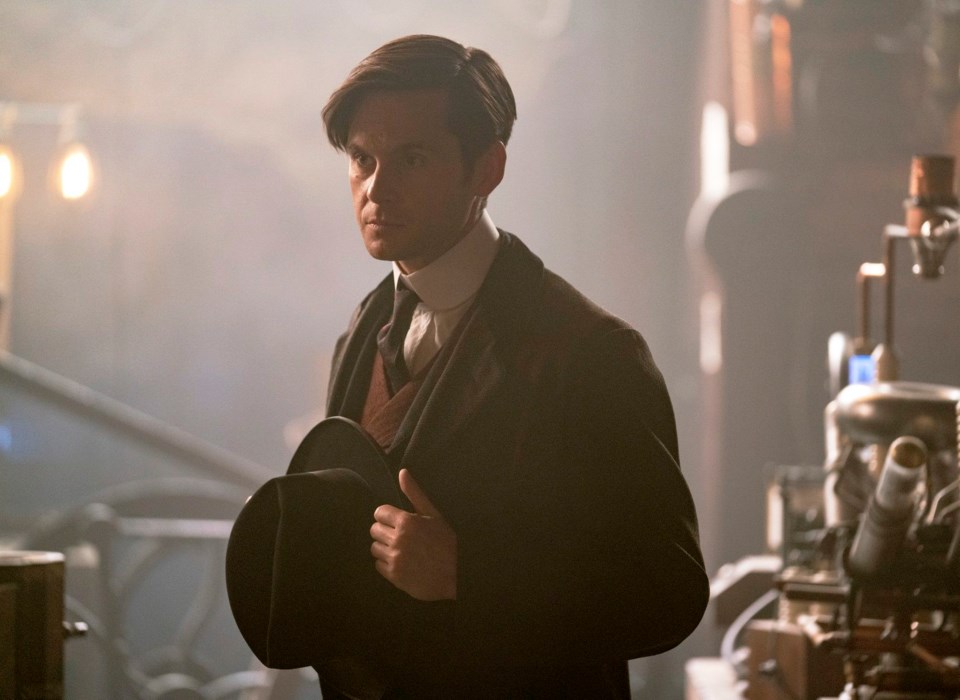 It was Riley who replaced Pattinson at the last minute in a 2005 stage production of “The Woman Before” at London's Royal Court Theatre. The change was made so late that programs and announcements to the press had been made before the switch.

“By the time the reviews came out, they were saying lovely things about newcomer Robert Pattinson,” says the British actor. “But it was me.”

Pattinson used the positive reviews to help fuel his rise to “Twilight” fame. Riley, who went on to star on Broadway, TV and films, has no hard feelings.

“I would have done exactly the same thing,” says Riley, laughing, and adds with his tongue firmly in his cheek: “And as a result of that, his career crashed and burned. So what can I say?”

Riley's career is humming along nicely and he takes another step into the spotlight this month in “The Nevers,” a gender-bending sci-fi fantasy series on HBO created by Joss Whedon.

Set in England in the 1890s, the show on a group of people who have mysteriously been imbued with distinct superpowers. Some can see the future, some grow 10-foot-tall, others can harness electricity.

These people — the Victorians refer to them as “touched” — are a threat to the status quo. There is much fighting, cool special effects and social commentary — a sort of Victorian X-Men.

“It does defy definition and description in so many ways,” says Riley from his home in Los Angeles. “It just felt like something fresh and new. It made me realize just how long I’ve been without something like that.”

In the series, Riley plays Augie, a rather stiff member of the aristocracy who also happens to have been “touched.” His superpower is the ability to channel birds, a useful skill for reconnaissance.

“I think I could probably say this here in a way that makes more sense if I said it at home: He’s incredibly British — in that everything is repressed and everything is tricky and difficult for him,” he says.

“A few of us had seen Tom’s earlier work and had only thought of him as a leading man, but when he auditioned for the more eccentric Augie it blew us all away — he was able to bring more to the character than what was on the page," says Kaminsky. "He was a natural fit to our fantastic ensemble.”

Whedon, responsible for “Buffy the Vampire Slayer,” “Angel” and “Firefly” on the small screen and who directed the first two Marvel “Avengers” movies, has since left the series and been accused by actors on other projects of being abusive.

The first six episodes of “The Nevers” are done and start airing weekly on Sunday. The cast is due to return in June to finish the first season with British screenwriter Philippa Goslett taking over as showrunner.

So secretive is the project that Riley has no idea what happens to his character. All he knows is that the world created for him is complex and with powerful themes.

“Yes, mutants have powers and they’re shunned from society and exploited. But has its eye on a bigger prize as it progresses,” he says. “It’s bolder than that. It’s more ambitious.”

Riley isn't dawdling during the lull. He's calling from the set of the Netflix eight-part series “The Woman of the House” with Kristen Bell. The precautions about COVID-19 have made filming odd, particularly the masks.

“This is the first job that I’ve done where I see people eating at lunch and I don’t know who they are, even though I’ve spent all morning for five weeks with them,” he says, laughing. “It’s been really relearning the entire experience."

Riley studied at the London Academy of Music and Dramatic Art and his first taste of professional acting came onstage, replacing Pattinson. He's done plays both in London and Broadway, including a 2011 revival of Tom Stoppard's “Arcadia.”

He hopes “The Nevers” is a hit, but he says he's given up trying to predict what project will stick and become a career-changer.

“I’m trying to enjoy the experience more than projecting on the result more than perhaps I did in the past, which was always like, ‘Is this good? Maybe if I hold the steering wheel tighter then I’ll be better at this,’” he says. “But now I’m just happy to be in the passenger seat.”

He and his wife, actor and "Masters of Sex" alum Lizzy Caplan, have both managed to work during the pandemic. Caplan got a role on the thriller “Cobweb,” which filmed in Bulgaria and he visited her there.

“Spending every single day together for 15 months, we’ve managed to get through it,” he says. “We’ve come out stronger and we were never weak to begin with. So for that, I’m very I’m very grateful.”

Mark Kennedy is at http://twitter.com/KennedyTwits