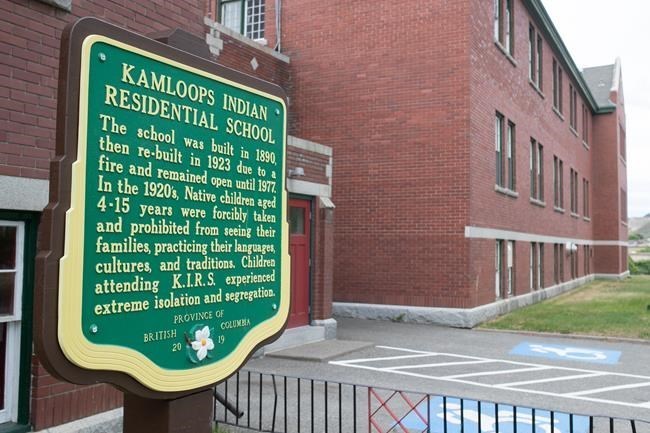 Carrier Sekani Tribal Council Chief Mina Holmes has issued a statement regarding the remains of 215 children discovered buried on the site of the former Kamloops Indian Residential School.

The Tk’emlúps te Secwépemc band confirmed the remains were found with the help of a ground-penetrating radar specialist and work is still being done on the site to potentially find more remains.

Tk’emlups te Secwepemc said they are expecting to complete their preliminary findings by mid-June.

“Some of our people spent their childhoods at this school, which closed in 1969, and it is possible our own members are among the unidentified remains found there last weekend. This is a painful reminder of an unspeakable injustice on our people through the Residential School System that aimed to erase us from our land and from history,” said Holmes.

“These 215 lives ended in childhood were the result of an act of colonial violence and genocide; we will never know who these children would have become to us. We as Carrier Sekani First Nations must say a prayer for much-needed healing and to honour the children who were forcibly separated from their families before having their lives taken from them too soon.”

Kamloops Indian Residential School was at one point the largest in the Indian Affairs residential school system and opened in 1890.

“As a community, we will never forget the atrocities done to our people, but we have the strength of many to heal and pray together. We are reminded to also ask for healing for those who still carry the scars of Residential School today. Our hearts are with the Tk’emlúps te Secwépemc band as we spend time this weekend reflecting on this horrifying discovery.”

A national Indian Residential School Crisis Line has been set up to provide support for residential school students and their families. If you are in need of counselling or support call the 24-hour national crisis line at 1-866-925-4419.

Memorial outside Kamloops church organized to start dialogue
May 31, 2021 9:56 AM