Work from home? Here’s how Canadians can get a $400 tax deduction 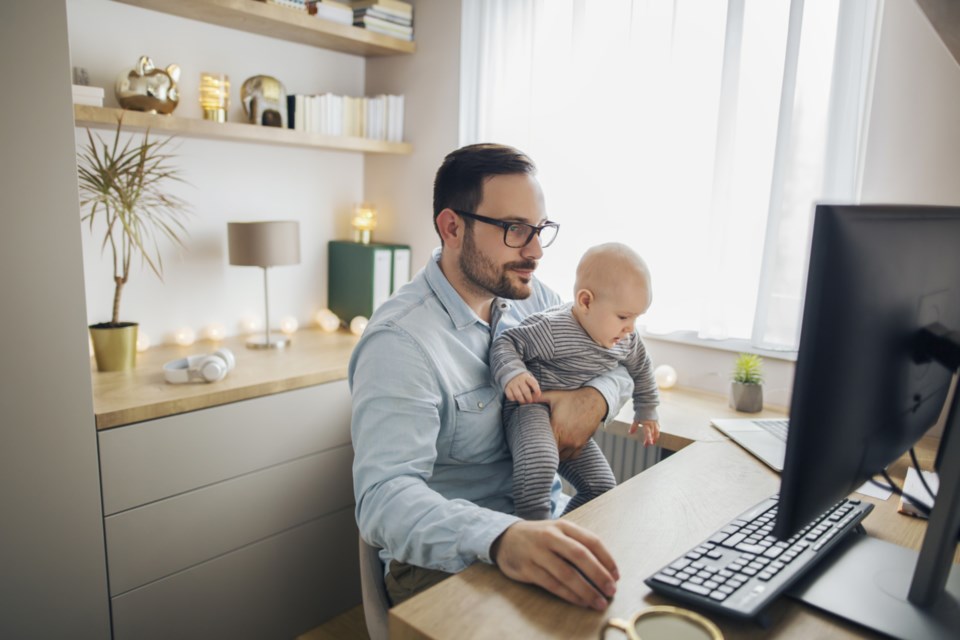 With so many people working from spare rooms and kitchen tables this year, the federal government is looking to simplify the process. (via File photo)

For many Canadians, homebound life has been a hallmark of the last nine months — wake up, make coffee and then stumble to your makeshift office in a kind of pandemic-themed version of the film Groundhog Day.

But whether you’re the homebody that savours avoiding the commute or a people-person suffering under the soul-crushing silence of a home office, chances are, your bills have gone up.

For those not used to working from home, it might come as a surprise that Canadians can already deduct home office expenses come tax time. Now, with so many people working from spare rooms and kitchen tables this year, the federal government is looking to simplify the process.

According to the federal government’s 237-page Fall Economic Statement released Nov. 30, for 2020, the Canada Revenue Agency will allow employees working from home due to COVID-19 to claim up to $400 in “modest expenses.”

“Millions of Canadians are unexpectedly working from home because of COVID-19. They are turning their bedrooms, basements and kitchens into offices, and taking on increased household expenses to do their jobs” reads the statement. “This measure will help taxpayers access deductions they are entitled to receive and simplify the tax filing process.”

According to the economic statement, the simplified flat rate for 2020 means Canadian employees can generally avoid the T2200 form, Declaration of Conditions of Employment, which an employer usually would fill out to tell the CRA that an employee has incurred mandatory expenses while working from home.

Further details on how the process is expected to function are expected in the coming weeks, though current rules may be a sign of things to come.

“It’s going to help a lot of people,” said Adam Plank, a tax partner at the accounting firm Rise CPA Inc. in Coquitlam, B.C. “But only if you claim under $400.”

Salaried employees working more than 50% of the time from home are currently eligible to deduct part of the costs related to their workspace — like electricity, heating or maintenance — as a work-space-in-the-home expense.

An alternative condition to qualify requires a work space to only be used for work, and used on a regular and continuous basis for meeting clients or customers — terms clearly written in a pre-pandemic world.

“That’s not up to date, you can now do it virtually,” said Plank.

Mortgage interest, property taxes, home insurance and capital cost allowance are not deductible, and Plank said he expects those restrictions to remain the same should the Liberal government’s proposal get passed into law.

One of the biggest question marks hangs over deducting the percentage of your home used as a work space from your rent.

Current rules allow you to calculate the area of the work space relative to the rest of your home and then deduct that percentage of the rent. But the simplified proposal only goes up to $400, it’s not clear yet how at-home office workers should navigate the at-home deductions.

With what he describes as the release of “piecemeal details,” Plank said he doesn’t expect a full picture on how the new rules might fit with the existing tax regime for another two months.

“So say you got you’ve got 100 square feet of work space in your kitchen. Do you write off 100% of the time in that space or do you only write off your working hours?

“I would say we won’t have a clear indication until the end of January.”

Maritime Museum of B.C. credits Prince Phillip as instrumental in its creation
Apr 16, 2021 10:01 AM